Bambie Francisco of CBS Marketwatch says Apple’s rivals only help to raise the company’s brand to the next level. “With handset makers, and just about everyone else, clamoring for a piece of Apple’s pie, the question arises: Could history repeat itself? Could Apple, whose shares are up 290 percent since the start of 2004, lose its shine much as happened in the late 1980s vs. Microsoft? Or are the new rivals actually providing a tailwind for Apple, at least for the next several months, if not longer? I think it’s the latter. More competition just elevates Apple’s brand to another seductive, unquantifiable, cool-factor level that consumers are willing to pay for. Apple’s the new status symbol of the generation. Kids may not care which brand of jeans they’re wearing these days, but it’s absolutely not cool if you don’t have an Apple.” 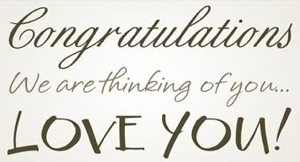