MACWORLD EXPO, SAN FRANCISCO, Jan 11, 2005 /PRNewswire-FirstCall via
COMTEX/ — Apple(R) today introduced Mac(R) mini, the most affordable and
compact Mac ever. Starting at just $499, Mac mini is the ideal desktop
computer for anyone looking to get started with Mac OS(R) X and features
iLife(R) ’05, the latest version of Apple’s innovative suite of software
for managing digital photo and music collections, editing movies and
creating music. Just two-inches tall and weighing only 2.9 pounds, Mac mini
redefines design for the sub-$1,000 desktop.

“Starting at just $499, Mac mini is the most affordable way to enjoy Mac OS
X and iLife,” said Steve Jobs, Apple’s CEO. “Just plug in your display,
keyboard and mouse and you’ve got an incredibly compact Mac for a price
that almost anyone can afford.”

Every Mac mini includes iLife ’05, which was introduced today, and is the
must-have upgrade to Apple’s award-winning suite of digital lifestyle
applications with major new versions of iPhoto(TM), iMovie(R), iDVD(R) and
GarageBand(TM). iLife ’05 also features the latest version of iTunes(R),
the world’s best digital music jukebox software which includes the iTunes
Music Store, the world’s number one online music store.

Mac mini offers the processing and graphics performance to take advantage
of demanding consumer applications with either a 1.25 GHz or 1.42 GHz
PowerPC G4 processor and ATI Radeon 9200 graphics with 32MB of dedicated
DDR memory. Both models come with a slot-load Combo drive for watching DVD
movies and burning CDs, and up to an 80GB hard drive for storing digital
media creations.

Mac mini is also available to education customers in the US and Canada
through the Apple Store for Education at www.apple.com/education/store or
by calling an Apple education sales representative at 800-800-APPL.

*Actual speed will vary based on range from the base station,
environmental conditions and other factors. 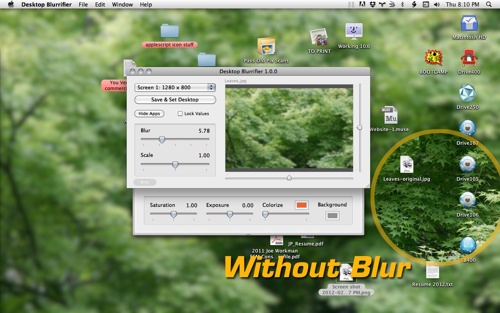