J.P. Morgan has raised its earnings estimates for Apple, saying it has “increasing confidence” in Apple’s music business. The firm raised fiscal 2005 and 2006 per-share earnings estimates to US$1.48 and $1.91, from $1.28 and $1.53, respectively. “The success of Apple’s digital music initiatives has been established, but its sustainability is still a hotly debated topic,” J.P. Morgan said. “We believe the potential profitability of Apple’s music business is highly dependent on whether or not the company can maintain its dominance in the portable music player market and avoid profit compression from commoditization.” 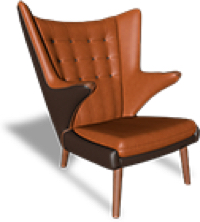