Apple today introduced the iPod U2 Special Edition as part of a partnership between Apple, U2 and Universal Music Group to create “innovative new products together for the new digital music era.” The new U2 iPod holds up to 5,000 songs and features a black enclosure with a red Click Wheel and custom engraving of the U2 band member’s signatures. Apple also announced that it has “created the online music industry’s first-of-its-kind ‘Digital Box Set.'” The first digital box set, “The Complete U2,” will contain over 400 tracks including all of the band’s albums and over 25 rare and unreleased tracks. U2 fans will be able to purchase and download The Complete U2 beginning in late November for US$149, and U2 iPod customers will receive a coupon for $50 off the purchase price. The new 20GB iPod U2 Special Edition is expected to be available in mid-November for a suggested retail price of $349. 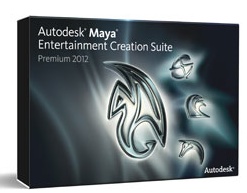