E-Data Corporation today announced that a worldwide agreement for past and future royalties has been reached with Apple for a license under E-Data’s European patent EP 0 195 098 B-1, also known as “the Freeny patent,” and its counterpart patent in Canada. The Freeny patent covers the downloading and recording of information, such as music, from a computer onto a tangible object, such as CDs, DVDs and MP3 players. Financial terms of the settlement were not disclosed. 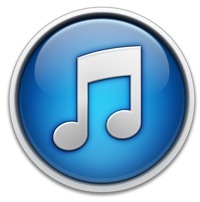