At the Wall Street Journal’s “D: All Things Digital” conference — which offered the first look at AirPort Express — Apple CEO Steve Jobs reportedly said that Apple had designed a PDA device that never made it to market, according to Macworld UK. He also made it clear that Mac fans should not expect a PDA/mobile phone hybrid from the company. In addition to confirming the June 15 launch of the iTunes Music Store in Europe, Jobs said that Apple has no plans to support Microsoft’s Windows Media format unless WMA reaches 50 percent market share. He also noted that Apple retail stores have reached the US$1 billion mark for total sales, which makes Apple the fastest retailer to achieve the mark (previous record held by Old Navy). 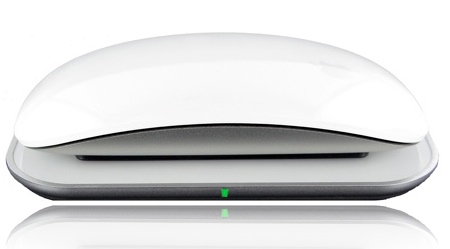