At the same time Troi is releasing Troi Text Plug-in 2.1.6. This
version makes use of the ‘classic’ plug-in API. Users that upgrade to
FileMaker 7 but don’t want to rewrite their scripts calling the Text
Plug-in functions can use this version. The 2.1.6 version also runs
on FileMaker 6 and 5.x.

Troi Text Plug-in is a very powerful tool for for dealing efficiently
with text in your FileMaker Pro database. It adds the following
functions to FileMaker Pro:
– Combine sets from 2 text fields:
* get all lines that are the same
* get all lines that differ
and other combinations
– Get (unique) lines and sort words and lines
– Make a text sum from a related file that even updates without a script
– Parse XML text into fields

Troi Text Plug-in 2.7 has these improvements:
– Converted to the new External Function API of FileMaker Pro 7.
– Each function can now handle longer texts than the previous limit of 64000.
– Each function now supports Unicode characters.
– (Mac) Registration now also works if the registration file has a
“.txt” extension at the end.
– New and updated example databases, which illustrate the use of each
of the functions.
– Updated user guide and function overview.

Troi Text Plug-in 2.1.6 has these improvements:
– (Mac) Registration now also works if the registration file has a
“.txt” extension at the end.
– Updated example files.
– Fixed a memory leak.

– Present portal information horizontally
– Create an index for a book, which is updated automatically
– Find all addresses you want to send an email to, without sending duplicates
– Keep track of your client relations by generating a dynamic history
of activities
– Receive client information in XML format and parse it easily into
your database

Troi Text Plug-in 2.7 works with FileMaker Pro 7. The plug-in is
available for Mac OS X (10.2.8 or later), and for Windows 2000
(Service Pack 6) or Windows XP.
The plug-in should also run without problems with runtimes from
FileMaker Developer 7.

Troi Text Plug-in 2.1.6 works with FileMaker 5 and later. The plug-in
is available for Mac OS 9.1 or later, including Mac OS X (10.1.5 or
later), and for Windows 2000 (Service Pack 4), or Windows XP. The
plug-in should also run without problems on any machine that is able
to run FileMaker Pro 4.0, FileMaker Pro 4.1 and runtimes from
FileMaker Developer Edition 4.0 and later.

Licenses cost US$ 39 per user. The registration you receive after
paying the license fee will work with version 2.7 as well as with
version 2.1.6.

Product updates from version 2.0 and later are free: the new versions
work with the 2.x registration string. Upgrades from older versions
are available from US$ 15 per user. Details on developer licenses and
multi-user discounts can be found on our web site. You can order
licenses from our web site.

Imeem Mobile released for the iPhone and iPod touch 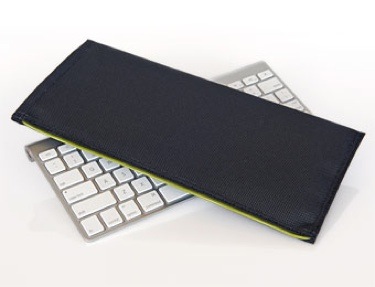