Updated plug-in lets you manipulate your files and folders and use
file and folder information directly from your FileMaker Pro
databases.

Troi File Plug-in is a very powerful tool for getting access to
information outside the FileMaker Pro database. Any files or folders
stored on the computer can be accessed through the functions of the
plug-in. All from within FileMaker you can:

– get data from files that are on the disk of the computer into FileMaker Pro
– (batch) import pictures, sounds etc. and optionally store only a
reference to them in FileMaker Pro
– create files anywhere on the hard disk and put data from FileMaker
fields into them
– manipulate files and folders on the disk: this includes creating,
deleting, copying, moving and modifying files and folders
– query detailed information of files: the size on disk, creation and
modification dates and much more
– launch files with their appropriate application directly from FileMaker Pro

Peter Baanen, company president, states: “The File Plug-in is one of
Troi’s most widely used and appreciated plug-ins. We take pride in
improving its functionality to serve our users even better. We expect
this new release will help our users by giving them more power in a
cross-platform environment.”

Troi File Plug-in 2.7 has these improvements:

– Improved the TrFile-MetaData function. Added 2 new switches to
choose the correct character encoding.
– Added better support for long filenames on Mac OS X, up to 255
characters. You can now get long names in the TrFile-ListFolder and
the TrFile-Search function. Other functions already worked with long
names.
– Added a switch “-CurrentAppFolder” to the TrFile-GetPathTo
function, which returns the folder of the current running application.
– (Mac OS X only) Changed behaviour of the switch
“-CurrentApplication”. This function now returns the FSSpec to the
FileMaker application package (usually FileMaker Pro.app), instead of
the carbon executable inside this package.
– (Windows NT/XP) Fixed a bug in the TrFile-Substitute function: if
you substituted in place and the replace string was shorter than the
search string, garbage text could be appended at the end of the file.
– Fixed a bug in the TrFile-Substitute function: If you gave wrong
parameter to the function (an empty source file string) the plug-in
could crash. Now it properly returns $$-50 in this case.
– (Mac OS X only) Fixed a bug in the TrFile-FileSpec To FullPath
function where higher ASCII characters in the path, like u-umlaut,
would not be returned correctly.
– Improved several example files, most significantly: removed pause
step in CreateFile.fp5 example; removed superfluous layout in
FileManipulation.fp5 example and fixed link to Launch.fp5 in All File
Examples.fp5.
– Improved the Import1Image.fp5 example file. On Mac OS X it now
splits the selected path correctly into path and name.
– Improved the Image Catalog Sample File.
– (Mac) Registration now also works if the registration file has a
“.txt” extension at the end.
– Updated the user guide and function overview.

A fully functional version of Troi File Plug-in 2.7 is available for
downloading at Troi’s web site at:
(http://www.troi.com/software/fileplugin.html).

Troi File Plug-in 2.7 works with FileMaker Pro 5 and later. The
plug-in is available for Mac OS 9.1 or later, including Mac OS X
(10.1.5 or later), and for Windows 98/Me, Windows NT 4.0 (service
pack 6) and Windows 2000/XP. The plug-in should also run without
problems on any machine that is able to run FileMaker Pro 4.0,
FileMaker Pro 4.1 and runtimes from FileMaker Developer Edition 4.0.

Licenses cost US$ 59 per user. Product updates from version 2.2 and
later are free! Upgrades from older versions are available from US$
29 per user. Details on developer licenses and multi-user discounts
can be found on our web site. You can order licenses from our web
site. 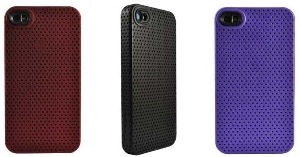