“Dantz was one of the first backup and restore software vendors to support
Mac OS X and we are pleased about the release of Retrospect 6.0,” said Ron
Okamoto, Apple’s vice president of Worldwide Developer Relations.
“Retrospect 6.0 delivers a reliable and easy to use solution for Mac users
who take advantage of the massive storage density and incredible performance
of Xserve RAID.”

Business professionals and home users will benefit from the advanced
features of Retrospect 6.0:
— No limit to the size of volumes that can be backed up or the amount of
data stored in a Backup Set. There is no longer a terabyte limit.
— Support for most SCSI and Fibre Channel tape libraries with features such
as import/export, barcode inventory, and more than 128 slots.
— Improved user interface to manage drives, tapes, and cleaning tapes.
— Backups to disks can span multiple FireWire or USB hard drives.
— The Retrospect 6.0 product CD also includes Retrospect 5.1 for backing up
to a Mac OS 9 computer.

Retrospect is distinguished by its ease of use and its ability to
automatically adjust backup operations when protecting networked computers,
saving valuable time for backup administrators. Unlike other backup
software, Retrospect can perform incremental backups to save time while
avoiding flawed restores that incorrectly return previously deleted, renamed
and moved files and folders. And Retrospect significantly simplifies the
creation and rotation of onsite and offsite sets of backup media to protect
against disasters. 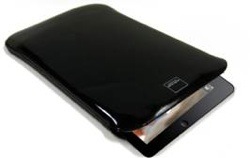