Bare Bones Software today released Super Get Info 1.2, an update to its utility that offers a powerful alternative to the Mac OS X Finder’s “Get Info” command. Version 1.2 adds the ability to modify the Finder labels for selected items, and adds several features to assist developers, such as the ability to locate a file by its file system catalog information. The free update also includes several other enhancements, such as an option to suppress alias resolution when running on Mac OS X 10.3 Panther, as well as fixes for reported issues. In related news, Bare Bones also announced today that BBEdit has been recognized as the “Best Third-Party Product” by respondents to the 2003 MacInTouch Reader Choice Poll. 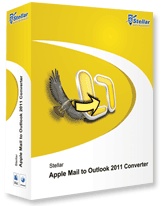