MacSoft today announced that Halo for Macintosh began shipping to retailers yesterday (December 11th) and is already available at some North American retailers. Halo for Macintosh will be available in Europe later next week. “The most anticipated game in Macintosh history is no longer anticipated –it’s here. If you’re curious why Halo has received so much attention, you’ll discover why once you fly a Banshee into an alien horde, hop out and pop a few of them with your assault rifle while your marines send them a wall of lead from the Warthog on your right flank,” said MacSoft’s President Peter Tamte in the press release. The game features many enhancements over the Xbox version, including 16-person online multiplayer mayhem, better graphics, new vehicles, new weapon, new maps, customizable multiplayer games and the precision of playing with a mouse and keyboard. 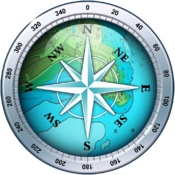