The online Apple Store on Tuesday began displaying a new promotional graphic that shows price cuts across the entire Power Mac G5 line. According to the image, the 1.6GHz and dual 1.8GHz models will both drop US$200 to $1,599 and $2,299, respectively. The dual 2GHz will shed $300, bringing its price to $2,699. It should be noted, however, that the prices are not reflected when placing an order, and also match Apple’s educational pricing, which means it could simply be a mistake. Although, stranger things have happened. Update: Apple has updated the image with normal pricing. 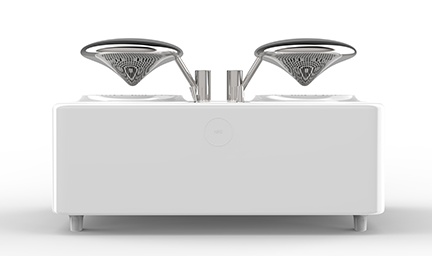 Lepow to introduce Mod speaker at next week’s CES