Pixar today announced that “Finding Nemo” sold 8 million units on DVD and video in North America on its first day of availability, making it the fastest selling title ever. The previous record of first day sales was held by Pixar’s “Monsters, Inc.” with 5 million units sold. Pixar said that based on this first day sales figures, “Finding Nemo” is now on track to be the best-selling DVD and video of 2003 and the top selling DVD of all time. “We couldn’t be more excited about the overwhelming success of Finding Nemo,” said Pixar and Apple CEO Steve Jobs. “Andrew Stanton, Lee Unkrich, Graham Walters and the Pixar crew have created an amazing film that has touched the hearts of millions.” 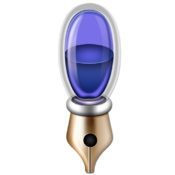