RealViz announced today that it will debut MatchMover Professional 3.0, a new version of the company’s software that automatically tracks 3D camera data and motion from videos and film sequences, at NAB 2003. In addition to enhancements in terms of workflow and speed, the latest version of the application will also offer the handling of motion control data, 3D object model-based tracking, 3D tracking of cameras and multiple objects in the same session, the handling of survey points, and a new graph editor toolbox. RealViz will be demo the product at NAB 2003 booth# SU5313 from April 7-10. Version 3.0 is scheduled for release in Summer 2003 (Windows and Linux), with a Mac OS X version shipping in Fall 2003. 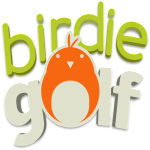