CUPERTINO, California-March 21, 2003-Apple today announced that it has
rescheduled its 2003 Worldwide Developers Conference in order to provide
developers with a more complete preview release of the next version of Mac
OS X, code named “Panther.” Originally scheduled for May 19-23 in San Jose,
the conference will now be held June 23-27 at San Francisco’s Moscone
Center.

“Our annual Worldwide Developers Conference provides our developers an
in-depth look at the future of the Mac platform, and giving everyone a
preview release of Panther is the best way to do that,” said Ron Okamoto,
Apple’s vice president of Worldwide Developer Relations. “Moving to June
ensures that every developer will leave the event with a copy of Panther in
their hands.”

The Early Bird registration discount scheduled to end on April 18, 2003 has
been extended to May 23, 2003. Developers who have already registered for
WWDC 2003 can contact the Apple Developer Connection through one of the
worldwide email or phone support lines at
http://developer.apple.com/contact/programs.html. For more information on
conference tracks, exhibits and registration visit www.apple.com/wwdc. 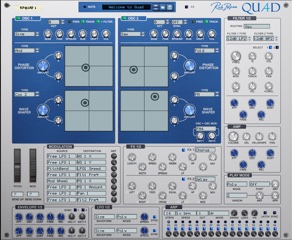