Aspyr to publish BloodRayne for the Mac

Aspyr today announced they have secured a deal with Majesco to publish BloodRayne for the Macintosh. “Set in the mid-1930s, BloodRayne introduces the sexy, supernatural Agent BloodRayne. An unholy union of human and vampire, Agent BloodRayne was raised and trained by a secret governmental agency to hunt down and eliminate global evil forces. Now she must take on an occult faction of pre-Nazis and their army of vile, unearthly ghouls to prevent them from unleashing creatures of unfathomable terror onto the world.” The Mac OS X title is rated “M” (Mature) and is expected to ship later this month for US$49.95. 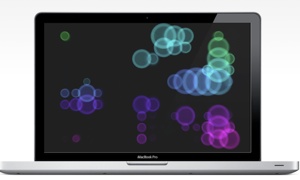