C|net reports that John Mallard has stepped down as CEO of PortalPlayer, the company whose chip powers Apple’s iPod. No reason was given for the move, which was made by “mutual agreement” with the company’s board, according to Michael Maia, PortalPlayer’s vice president of marketing. “The board has requested, and (Mallard) has agreed, to stay on in a consultative role,” Maia said. The article notes that a search for a new CEO is under way, with both internal and external candidates being considered. PortalPlayer provides technology for hard drive-based portable music players and digital home stereo components. 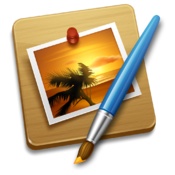