The Alpha-Cabal is pleased to announce the fifth public beta release of
Alpha8, the next generation of the venerable Alpha text editor. We are a
small group of Alpha’s users who have taken over its development from the
original author P.Keleher.

The biggest new feature in this release is the move to Tcl 8.4.x, resulting
in important performance benefits for many operations.

As this is a beta release, it contains (few) known bugs, however past betas
have been used widely and have proved to be very stable. Testers are
encouraged to submit bug reports on any problems they encounter.

For more information and other download options please visit
http://alphatcl.sourceforge.net/

The latest private alpha release of AlphaX – the MacOS X native version of
Alpha8 – has also been made available to our testers today, a public beta
version of AlphaX is expected by the end of the year. 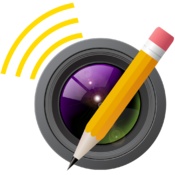