The Rumpus WFM, while entirely distinct from traditional FTP, maintains all
of the same user account, security and configuration settings defined in
the Rumpus FTP server. This allows Rumpus administrators to offer their
users all the benefits of Web-based file management with no more effort
than checking the “Enable Web File Manager” checkbox. For those Rumpus
administrators who want to spend a bit more time, the WFM user interface is
fully customizable to seamlessly integrate with existing Web sites.

While the Web File Manager is considered the biggest advance in the new 3.0
update, it is by no means the only new feature. Other enhancements include:

Would-be hackers attempting to gain FTP access can now be automatically
detected and forever blocked before they are even given the opportunity to
log in. An easy-to-use interface allows Rumpus administrators to maintain a
list of clients that should be denied FTP access, which is automatically
updated when intruders are detected.

In Rumpus 3.0, administrators can now specify Suffix Mappings so that files
of recognizable types can be saved to disk with the appropriate Mac OS Type
and Creator codes. These codes are what allow Mac OS files to be associated
with the applications that understand them. The same Suffix Mapping
interface in Rumpus is also used to specify file content-types for the Web
File Manager HTTP server.

Many other updates have been made, including the addition of account
history information for each FTP user, extended FTP support, better warning
and error messages to simplify troubleshooting, interface updates to
streamline administration, multi-file upload notices, and numerous bug
fixes and performance tweaks.

Christer Karlsson, a network administrator for Swedish pre-press company
F=E4lth & H=E4ssler and a Rumpus 3 Beta tester, had this to say about the =
new
update: “Rumpus 3.0 is a huge step forward. I am already taking advantage
of several of the new capabilities, especially the Web File Manager. My
users, especially the ones that don’t use FTP very often, love it!”

Rumpus 3.0 retains the previous version’s $249 price ($395 for Rumpus
Professional). The upgrade is free for existing customers that purchased
Rumpus on or after January 1, 2001. For all other Rumpus customers, the
upgrade is $79 ($129 for the Professional version). For additional
information about Rumpus, including access to the free, time-limited
evaluation version, visit: 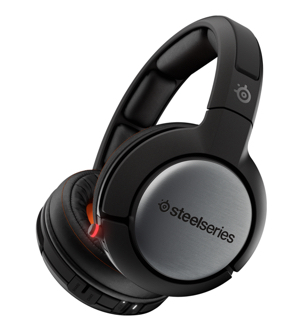