As many of you have noticed, Chad McQuinn is not a .Mac subscriber so the
old download site for this plugin is no more. You can now find it at

Currently you will find the last release, which was 1.2, as well as a new
beta version that I hope fixes the bugs that some of you have reported over
the months since the last release (and especially since the release of OS
10.2).

Those of you wanting stable software should stick with the release version.
But if you are brave, or if you can’t wait to try out now features or see
if your bug got fixed, please try the beta and report back to me any
problems you find.

Some changes in the beta:

New plugins:
MFolderItemExtension adds some extensions to the folderitem class for
working with MacBinary data, as well as adds some convenience methods from
Mfile.

MMemoryblockExtension allows you to compress the contents of a memoryblock
with zlib. This works on PPC and Carbon as well as on Win32. It is the only
plugin that doesn’t require Carbon.

MPrefs plugin for working with the CoreFoundation Preferences services
(.plists files in the Preferences directory).

All plugins now include “dummy” routines for Win32 as well as PPC. This
means you should have fewer problems convincing RB that your Win32 build
doesn’t really need the Mdock plugin (for example); you must still never
try to use the functions from Win32 (obviously), but build errors should go
away. 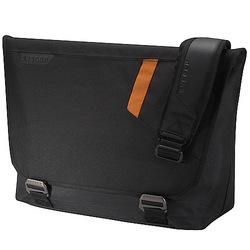