Ch is an alternative to other scripting languages and mathematical software
packages. It can be used for automating repetitive tasks, shell
programming, regression and hardware testing, 2D/3D graphical plotting and
scientific numerical computing. Ch can interface with C/C++ libraries and
be embedded into other application programs.

“Ch for Mac OS X is a significant step towards rapid application
development and deployment across different platforms,” said Dr. Dawn
Cheng, General Manager at SoftIntegration. ” C/C++ programs can be
developed in one platform without tedious compile/link/debug cycles, and
run in all other major platforms including Windows, Linux, Mac OS X,
Solaris, and HP-UX.”

Ch is also a very effective interactive environment for teaching and
learning programming in C/C++ with new features in the latest C99 standard.

Ch Standard Edition is free for academic and non-profit organizations. Many
toolkits for Ch 3.0 in Mac OS X, including OpenGL, X/Motif and CGI, will be
released soon. 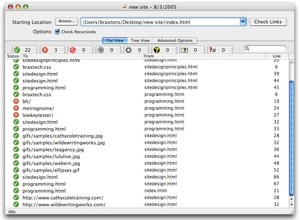