MacPlay and Crave Entertainment today announced that they have reached an agreement that will see Crave’s top three gaming titles ported to Mac OS X. The first title to be released will be Freedom Force, a unique, comic book-inspired role-playing game, which will be released in the Fall for US$39.95. 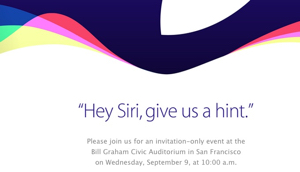 It’s official; Apple will hold a media event on Sept. 9