A Reuters report recaps the recent filings by four Apple executives to sell more than US$25 million worth of stock. Nine Form 144 filings have been made so far in May with the SEC, which represent an intent to sell shares, including three additional filings by executives on Monday. “The SEC filings show that Anderson in two instances registered to sell a total 259,000 shares worth $6.2 million and Executive Vice President of Worldwide Sales Timothy Cook in four instances, prepared to sell 342,500 shares worth $8.3 million. Nancy Heinen, senior vice president and general counsel, made two filings to sell a total 200,000 shares worth $4.8 million.” 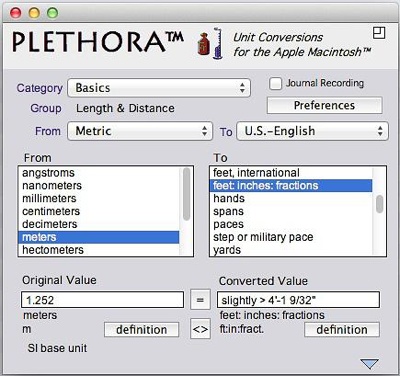 Plethora is new measurement unit converter for the Mac