Post.Office was designed from the ground up for ease of use, with an
uncomplicated, user-friendly interface. The anywhere, anytime Web forms
provide seamless navigation through the many Post.Office features. System
administrators can make changes from anywhere on the Internet using Web
forms with simple fill-in-the-blank fields and pop-up options.
Postmasters can use Post.Office to easily administer enterprise email
systems. End users can specify how their mail should be handled, join
mailing lists, and manage mailing lists.

Post.Office is offered on a sliding scale, depending upon how many
mailboxes and mailing lists are needed. A range of packages is available to
cater to Universities, corporate enterprises, and ISPs. A starter package
is available for $295, supporting 100 mailboxes and 10 lists. A free
version of Post.Office, limited to ten mailboxes and two mailing lists, is
now downloadable from Tenon’s web site. This free version gives SOHO users
an industrial-strength mail server and list server to use as a springboard
to a future large-scale operation. When the company grows, no changes are
needed, other than upgrading the license, to go from 10 mailboxes to 10,000
mailboxes.

About Tenon Founded in 1989, Tenon Intersystems is a leader in
high-performance networking. Tenon technology has provided the framework
for world-class networking on the Macintosh and Tenon is continuing that
tradition on Mac OS X. Tenon Intersystems can be reached in the U.S. at
805-963-6983, by the internet at sales@tenon.com, or via the web at
http://www.tenon.com. 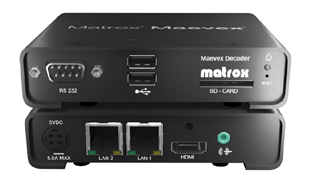