“The Lasso vs PHP report shows how Lasso Professional 5 beats PHP,” said
Bill Doerrfeld, CEO of Blue World. “This white paper will further increase
awareness as to the significant performance, ease-of-use, architecture,
security and total cost of ownership benefits of using Lasso over competing
offerings such as PHP.”

Lasso outpaced PHP by over 200% in select benchmark tests comparing
performance, specifically when executing class libraries. Lasso also beat
PHP on all performance tests on Windows and virtually all tests on
Macintosh. In all tests involving database access, Lasso proved the faster
of the two. And, in cases where under light load PHP scored faster, as the
load increased, Lasso consistently performed better than PHP. This is
principally due to Lasso’s distributed architecture and operation
out-of-process from the Web server which positions Lasso Professional 5 as
a true Web application server product designed for heavy load.

Programming in Lasso vs PHP is also highlighted in the report with numerous
side-by-side code comparisons where the amount of code required for Lasso
is significantly less involved than that required by PHP in normal coding
situations. Lasso’s programming language is based on clear naming
conventions which aids in getting started and maintaining projects as
opposed to a fractured and loosely-defined language in PHP which causes
confusion and slows the development process.

Lasso operates identically across platforms whereas with PHP, significant
functionality is lost migrating from one platform to another. This makes it
very difficult to develop on one platform and deploy on another when using
PHP. Lasso’s platform-agnostic design makes it very easy to develop and
deploy on the same or different platforms, easing the development and
testing process for Web developers.

Lasso provides a industry-first built-in security system controlling all
aspects of serving data-driven Web applications whereas PHP provides no
built-in security controls. With PHP, developers need to build their own
security system, which would require literally months of coding to match
the depth of security features provided by default with Lasso.

Communicating with databases is consistent across multiple databases due to
the intelligent database abstraction layer provided with Lasso. With PHP,
special queries and routines need to be established for each type of data
source. Lasso’s database abstraction and connection information caching
also contributes to better performance over PHP.

Lasso includes a wealth of features not provided in PHP including the
ability to automatically schedule events and numerous error handling
controls. Lastly, while a basic installation of PHP can be downloaded and
used for free, to match the set of features provided by default with Lasso
Professional 5, a PHP setup would need to include additional third party
commercial add-ons which bring the total comparable price to nearly three
times the cost of Lasso Professional 5 Standard Edition and over ten times
the cost of Lasso Professional 5 Developer Edition. This actual product
cost combined with the overall productivity costs involved with time saved
due to ease-of-use developing and administering Lasso-based solutions makes
the total cost of ownership significantly lower (by thousands of dollars)
when using Lasso than when using PHP.

The Lasso vs PHP white paper is available in PDF for Web download at
(ftp://ftp.blueworld.com/reports/Lasso_vs_PHP.pdf). 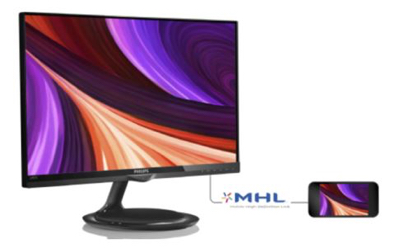