Disney Interactive today announced Plaid Banana, a new label under which it will publish original interactive titles for kids for Mac and PC created by Hulabee Entertainment. The first two titles, Moop & Dreadly in The Treasure on Bing Bong Island and Ollo and the Sunny Valley Fair, will be released in March.

Apple hit by another shareholder lawsuit 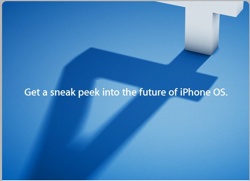