The SuperDrive in Apple’s new iMac (DVR-104) is a newer and faster model than the SuperDrive the company uses in its Power Mac G4 (DVR-103), AccelerateYourMac! notes. Both drives write DVDs at 2x, CD-R at 8x and read CDs at 24x, but the iMac SuperDrive writes CD-RW discs at 8x compared to 4x, and reads DVDs at 6x compared to 4x.

iPhone and iPad development classes set for April, May 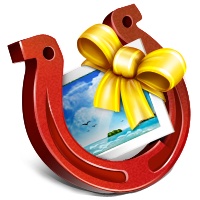