GameRanger, an Internet multiplayer game matchmaking service for the Macintosh, has announced that they will be holding a chat session with MacPlay at 8:00pm EDT to celebrate the release of the demo version of Aliens vs. Predator for the Mac. Aliens vs. Predator is a first-person shooter where you get to play a Colonial Marine, a Predator, or an Alien as you fight for your survival in 40 different levels. The moderated Q&A chat tonight will feature prize giveaways, the official release of the demo version and even a chance to play the guests at their own game. You can download the demo version now from GameRanger’s Web site. [Updated (23:00) – The chat will take place Tuesday; not today as originally noted.] 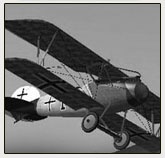