Power On Releases On Guard Update

Columbus, Ohio — August 7, 2001 — Power On Software today announced the
release of version 3.3.5 of its flagship security product, On Guard=AE for
Macintosh. On Guard is the industry-leading cross-platform security and
computer access management software. On Guard provides powerful
anti-tampering security that protects valuable computer files and folders
from unauthorized access or unwanted changes. It is ideally suited for
environments such as schools, where a computer is accessible by others, and
is also valuable where a single computer may be shared by more than one
user, such as a shared work computer or a home computer used by several
family members. On Guard permits a single computer to be customized for
multiple users so that each user’s access is limited to those files and
folders that are needed for that user to perform specific functions.
Nonessential areas may be totally eliminated from access.

The new version, which is available immediately, improves On Guard’s
compatibility with Mac OS version 7 through 9.1 by addressing a situation
where, in certain cases, the boot process could be interrupted. It also
improves security by further limiting access to control panels. This
release follows the most recent update that added the following features:

* Added ability to export Pre-set configurations across the network for
easy, instant setup
* Added the ability to check for Apple’s Multiple Users control panel to
simplify installation and setup of On Guard
* Improved error message notification for easier diagnostics
* Modified On Guard Locker control for easier configuration
* Added support for Apple’s extensions manager so all On Guard extensions
are grouped for easier management.
* Improved support for Apple Network Administrator Toolkit (ANAT)
* Ability to hide Menubar when sign on screen is displayed has been
updated
* Drag and drop from other applications to the Finder
* Ability to Drag items from one volume to another
* Outlook Express 5.x compatibility added

On Guard has a suggested retail price of $69.95. Educational pricing and
site licenses are also available. Power On Software products are
distributed by Ingram Micro and Douglas Stewart and are available from fine
resellers everywhere. This update is free to all registered owners of On
Guard version 3 or later and may be downloaded from:

Additional product information can be found at:

Power On Software, Inc. was founded in 1993 and has established itself as
the leader in utility and business productivity software. Power On is the
developer of the MacWorld Best of Show award-winner, Rewind=81. Power On als=
o
owns and develops Now Up-to-Date & Contact and the ACTION Utilities=81
Collection, which have consistently garnered industry accolades, including
Product of the Year, multiple Editor’s and Reader’s Choice honors, seven
World Class Awards and back-to-back Eddy Award nominations. Power On
Software is also the developer of Now Planner for Macintosh and Windows,
DiskLock, On Guard for Macintosh and Windows, as well as Screen To Screen
and LAN Commander. Power On is committed to providing the highest quality
productivity software, with an emphasis on total customer satisfaction.

Equinux releases Barbeque for the iPhone 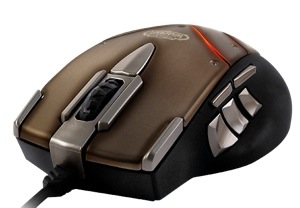