What is the Troi File Plug-in?

The Troi File Plug-in is a very powerful tool for getting access to
information outside the FileMaker Pro database. Any files stored on the
computer can be accessed through the functions of the plug-in.

All from within FileMaker you can:
– get data out of files that are on the disk of the computer
– create files anywhere on the hard disk and put data from FileMaker
fields into it
– manipulate files and folders on the disk: this includes creation,
deletion, copying, moving and modifying files and folders
– count the number of folders or files on a disk
– import pictures and optionally store only a reference to them in
FileMaker Pro

Peter Baanen, company president, states that “Porting the 42 functions to
Mac OS X was quite a bit of work, but we are happy for our customers that
this power plug-in is now also available for Mac OS X. All from within
FileMaker 5.5 you can take Mac OS X files and folders for a spin.”

“I’ve been using Troi File Plug-in to help power a great web site. Saved
our bacon for sure. We’re using Troi File Plug-in to write lasso-enabled
template-based web sites for us. We’ve got it writing about 500, 3-page
websites every week for us, at a rate of about 1 complete site in 0.13
seconds. Talk about profitability (and more time for our web designers to
do other things)!”, said John Krische, Krische Database Systems, Topeka,
KS, USA

The Troi File Plug-in 2.2 adds these new functions and features:

– Tested with FileMaker 5.5 and made compatible for Mac OS X. The Mac
OS version of the plug-in is now a so called ‘Super Fat’ plug-in that
will run on Mac OS 8, 9 and Mac OS X.
– All selection dialogs now use Navigation Services when available on
the computer.
– Improved example files especially the Multi Import Image example file.
– Improved Version function. It now also can show the Flash Dialog
and return a version build number.
– And a few bug fixes too. =)

Together with the existing functions the possibilities are virtually
limitless. We invite you to test drive the new functions and see what you
can do with it!

A fully functional version of Troi File Plug-in 2.2 is available for
downloading at Troi’s Web site at:
(http://www.troi.com/software/fileplugin.html). The Troi File Plug-in 2.2
works with FileMaker Pro 4 and later. The plug-in is available for Mac OS
8.1-9.1, for Mac OS X and Windows95/98 and NT/2000, and costs US$ 42 per
user. Product updates from version 2.0 and later are free; upgrades from
older versions are available from US$ 19 per user. Details on developer
licenses and multi-user discounts can be found on our web site. You can
order licenses via our web site. 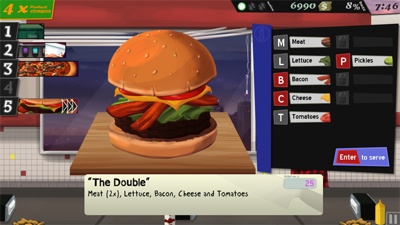