The worldwide economic slowdown has officially hit PDA makers. Following a series of warnings from Palm last month, which cut its fourth-quarter outlook by some 50 percent, rival Handspring has warned that sales this quarter will fall 50 percent from the previous quarter due to weak demand and low prices. Whereas analysts had been expecting Palm to report revenues of about US$120 million, the company says it now expects them to come in at between $60 million and $65 million. Shares of both companies are trading at around all-time lows, down some 90 percent or more from their highs. 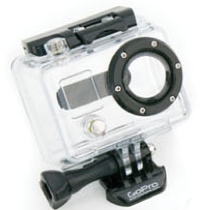