May 14, 2001. Beaverton, OR. Europe and France-based e-on software
announces Vue d’Esprit 4 (Vue 4), the next version of its award winning 3D
scenery animation and rendering software. Vue 4 advances a new ease-of-use
architecture and adds a long list of advanced realism features for the
creation of ultra natural 3D graphics.

“The user community has been clamoring for a Macintosh version of Vue
d’Esprit for years. The advanced architecture of Apple’s Mac OS X 10.0
operating system provides both stability and ease of use that 3D graphics
designers love. We are very excited to finally be bringing Vue d’Esprit to
the Macintosh, a platform we have long admired for its ease of use,” said
Nicholas Phelps, president of e-on software.

-Lens flares, stellar and Atmospheric objects – planets (moons and other
planets of the solar system), stars, rainbows and ice rings

-SolidGrowth 2, an advance on e-on software’s amazingly realistic tree and
plant creation and rendering technology that creates unique natural objects
within a click, all within an extremely small memory footprint

“The Poser team at Curious Labs is excited that Vue 4 will allow immediate
inclusion of Poser scenes. We are sure the Poser community will be excited
about how well Poser and Vue work together to create complex, naturalistic
scenes with humans, animals, vegetation and atmospheric phenomena,” said
Steve Cooper, President of Curious Labs, Inc.

Long-time Vue users will welcome a new interface with even greater ease of
use features, such as high quality OpenGL scene previews and a real-time
thumbnail render of the scene. Vue 4 will also feature a completely
rewritten rendering engine that will increase rendering speed by 40%.

The Vue 4 interface underwent a complete redesign so that design
environment is so easy to use, very few users will have to open the Vue
d’Esprit 4 manual.

Vue d’Esprit 4 will be available in English, French, German and Japanese
language versions, with an estimated street price of $199. The Mac OS
version has a target release date of Q4 2001.

Information about Curious Labs Poser 4 is available at
http://www.curiouslabs.com.

Founded in1997, e-on software was established to develop and promote the
highest quality graphics tools with professional strength features.
Established by graphics enthusiasts for graphics enthusiasts, e-on software
translates its passion for art into tools for the graphics community. E-on
software has offices in Beaverton, Oregon USA and Paris, France. The
company has achieved worldwide reputation for its award winning 3D scenery
generator Vue d’Esprit. 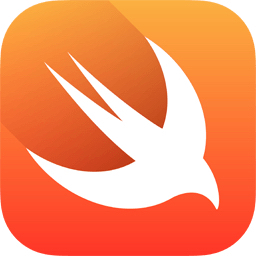