Hagenberg, May-14-2001, UNI SOFTWARE PLUS announced the availability of
their flagship version control tool VOODOO Server 1.3 for Mac OS X.

VOODOO Server features a modern client/server architecture that benefits
from the stability and performance of Mac OS X. The CodeWarrior plug-in
offers a user-friendly version control solution that lets you keep track of
all your files without having to deal with additional complexity and
bureaucracy, all from inside the CodeWarrior IDE in an easy-to-use Mac-like
style.

“We are impressed with the robustness and efficiency the new Mac OS X is
offering and are happy to contribute to make this great platform the
developers’ paradise. VOODOO Server is the only version control tool
designed specifically for the Mac. By combining VOODOO’s legendary
simplicity with the power of Mac OS X, the new version offers a version
control solution just as Macintosh solutions should be – powerful, yet easy
to use,” said Christoph Reichenberger, VODOOO product manager. “VOODOO
Server makes version control so easy that developers can put their project
under version control within minutes. Even developers who hesitated to use
other version control tools because of their complicated administration and
lack of efficiency and robustness are now happy with VOODOO Server.”

Get more info about version 1.3 and download it from:
http://www.unisoftwareplus.com/products/voodooserver.html

VOODOO Server offers a rich set of version control functionality in form of
an OSA compliant API. An extensive AppleEvent dictionary makes it easy for
you to write your own AppleScripts to automate arbitrary version control
tasks.

UNI SOFTWARE PLUS GmbH, founded in 1993, is a well-known source for
high-quality and easy-to-use Macintosh software. The company’s products
VOODOO Personal and VOODOO Server have become very popular version control
tools, not only among software developers but also among web and multimedia
developers, authors, artists, and anyone who revises and varies their work.
The highly acclaimed PopChar Pro makes “typing” of unusual characters easy
without having to remember keyboard combinations. easy beat is a music
authoring program for composing, scoring, and playing songs. For more
information about UNI SOFTARE PLUS, visit (http://www.unisoftwareplus.com/). 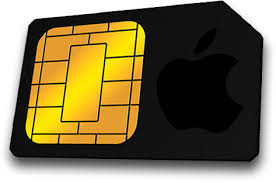 GigSky expands coverage for the iPad with Apple SIM support