FILTERiT4 for Mac is ready to ship today(March 22nd)!
(Windows version will be available in May)

CValley, Inc. announced that their latest version of Adobe Illustrator
plug-ins, FILTERiT4 is ready to ship as of today. The company expects to
release the Windows version in May.

We received many favorable comments/evaluations from Illustrator users,
desktop publishers, and designers. It has been almost a year after the
release of FILTERiT3 and now the latest version of FILTERiT is completed.

Some of the new features include the “Trace” feature added on the FILTERiT
Tools, 3D Transform and Fractalize and more.

FILTERiT4 provides a wide variety of options, from simple distortion to 3D
Transform. With 3D Transform filters, your objects can be transformed into
spheres, spirals, donuts, or cylinders with just a click of the mouse.
Preparing images for Web animation is made simple with the Trace option.
This option also lets you produce motion blur effects by using Illustrator
9.0’s transparency capability.

The 3D Transform filters come in 12 different shapes and forms. 3D
Transform make FILTERiT4 exceptional because of its refined algorithms for
bezier curve. Version 4 makes this feature even easier and speedier than
ever before. It not only allows you to rotate the object after the effect
is being applied around the XYZ axis but you can rotate the original object
even before you apply the effect so that creating various transformations is
possible.

Another major addition is Fractalize. This feature allows you to create the
segments of the object appear rough and zigzag. This feature was evolved to
improve the Illustrator9’s “zigzag” and “rough” live effects combined
together and to an even more powerful effect. Using the Illustrator’s
Appearance and Style functions together with this effect will add more
creativity to your artwork.

About CValley, Inc.
CValley, Inc. provides you the best system environment for DTP and DTV. The
company released its first English version of FILTERiT3, a plug-in software
for Adobe Illustrator in May 2000. The company is now releasing the latest
version with more powerful tools for both platforms (Mac and Windows).

If you would like to obtain further information on CValley, Inc., please
visit their web site at http://www.cvalley.com or e-mail info@cvalley.com 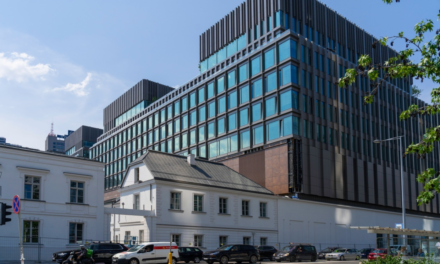 Interactive Apple Museum Poland to open in Warsaw this fall