Ricochet Premiers in Los Angeles, Bringing It to 15 coverage areas

San Jose, Ca., – February 5, 2001 – Metricom, Inc. (Nasdaq: MCOM), a
leading high-speed wireless data company, today announced the commercial
availability of Ricochet high-speed mobile access in the Los Angeles
service area. Stretching from the Ventura county line down the coast to
Newport Beach and beyond Riverside to the east, the Los Angeles footprint
represents the largest market in the nationwide Ricochet network and marks
the first commercial market launch of Ricochet in 2001.

Ricochet offers the advantage of 128 kbps access with true wireless
mobility, allowing users the freedom to work outside the confines of the
office but with the full capabilities of a desktop experience. With the
addition of the Los Angeles market, mobile professionals can take advantage
of high-speed access from anywhere within the national coverage footprint,
which now includes the following fifteen service areas covering over 48
million in population: Atlanta, Baltimore, Dallas, Denver, Detroit,
Houston, Los Angeles, Minneapolis-St. Paul, New York City, Philadelphia,
Phoenix, San Diego, the San Francisco Bay Area, Seattle, and Washington,
D.C.

“Clearly the launch of the Los Angeles market as the first service area
activation in 2001 makes a strong statement for Ricochet and the benefits
it has to offer,” said Glen Estell, president and COO of Metricom. “The
demand for high-speed wireless access to every kind of data anytime,
anywhere is perhaps no further evident than in L.A., where the culture
requires people to be mobile yet always have a finger on the pulse of
what’s going on. By bringing Ricochet to such a large, diverse metropolitan
area, millions of people can now experience an entirely new way of staying
connected to information wherever and whenever they need it.”

The initial footprint in the Los Angeles area will cover a population of
approximately 10 million people, including cities such as Los Angeles
(including downtown), Burbank, Hollywood, Pasadena, Torrance, and most of
Orange County. As with all service areas, the Ricochet network in Los
Angeles will continue to build out, and progress can be monitored online at
www.ricochet.com.

“In order to further economic growth in Los Angeles, it is crucial that we
welcome innovative technologies that enhance the speed at which people
communicate,” said Los Angeles Mayor Richard J. Riordan. “Ricochet’s
arrival in Los Angeles recognizes the City’s efforts to provide the best
resources for our workforce and residents to stay on the move and still
meet the demands of living on the Digital Coast.”

Ricochet allows anyone to increase balance between work and home life and
be more productive. Mobile professionals using a variety of devices can
access information online exactly as if they were at their desktop. They
can view and download full Web content, send and receive email with
attachments, link to corporate intranets, and use the applications,
information and services they are accustomed to without needing to be in
the office.

Currently, the greater Los Angeles area has over 140 communities with
Ricochet coverage, including Cerritos. “Cerritos is a cutting-edge city in
that a lot of high-tech companies have significant presence here, so the
people of our city demand leading-edge technologies as well,” said Dennis
Davis, assistant city manager/director of community development for the
City of Cerritos. “Ricochet is a very fast and reliable wireless data
service that liberates users from the limitations of a wired connection to
a wall, so it clearly presents an attractive resource for mobile
professionals in Cerritos for the productivity and convenience it provides.”

The high-performance Ricochet network allows users to access the Internet
from anywhere within 15 coverage areas across the United States-whether at
the office or home, at a client site, on a park bench, in the back of a
taxi, at any one of 15 airports where Ricochet is available, or on the
road-anytime being connected is important.

Ricochet is available through Ricochet authorized service providers
including GoAmerica, Juno Online, Wireless WebConnect!, and others. More
information about availability through these providers can be found at
www.ricochet.com/getricochet.htm or by visiting select retail stores in
Ricochet service areas including Fry’s Electronics, Staples, and CompUSA.

Metricom, Inc. is a leading high-speed wireless data company. With its
high-speed Ricochet mobile access, Metricom is making “information anytime”
possible-at home, at the office, on the road, and on many devices. Founded
in 1985, Metricom has spent more than 15 years on the development of its
distinctive MicroCellular Data Network (MCDN) technology. That experience
has enabled Metricom to develop the fastest wireless mobile data networking
and technology available today. Ricochet has been operating since 1995 at
speeds up to 28.8 kbps. The new Ricochet, delivering user speeds of 128
kbps, is currently available in thirteen markets and is connected to two
28.8 kbps service areas to increase coverage for mobile professionals.
Coverage will continue expanding, and is targeted to reach 46 markets. 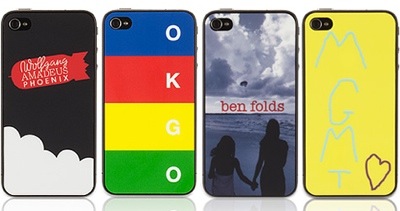 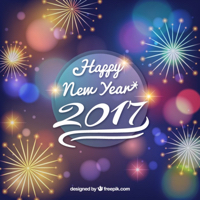