WICHITA, KS, USA – November 17, 2000 – Newer Technology, the technology
leader in Apple [NASDAQ: AAPL] Macintosh CPU upgrades, demonstrates their
support of OS X with the introduction of prototype drivers for their G3 ZIF
and G3 PCI cards. The drivers are specifically for Newer’s MAXpowr G3 CPU
upgrades. They will not function with other third party cards. The new
MAXpowrX Driver will allow tens of thousands of MAXpowr G3 Users to
immediately begin examining OS X. The MAXpowrX Driver unleashes the power
of the MAXpowr G3 upgrade cards.

The PowerMac 7300 is not supported by this first Driver.

“We have diligently worked at creating a reliable set of Drivers for
several months,” stated John Nelson, Newer’s iPresident. “We were ready
with Drivers under the Developer Preview 4 of OS X. However, Apple made a
series of significant, but welcome, changes in the Public Beta and we were
forced to go back to the drawing board and revamp our drivers. We believe
they are now ready for the Public Beta of OS X”.

“We wish to remind Users that, while the MAXpowrX Driver will work with
PowerMac 7500-9600 computers, it is not possible for Newer to guarantee
flawless operation under OS X, stated Darryl Hinshaw, Newer’s Director of
Engineering. “Apple lists those computers as being unsupported. We can not
wave a magic wand and suddenly cause them to be supported. We are pleased
with the operation of OS X on those computers. It behaves pretty well”.

Availability
Newer Technology Macintosh products are available worldwide through major
distributors, with North American distribution through Ingram-Micro as well
as through national resellers, value-added resellers, online sources and
mail order catalogs. Newer’s USB products can be purchased through the more
than 800 Sears retail stores throughout North America. Newer Technology
products can also be purchased from Newer’s online store at
www.newerstore.com. 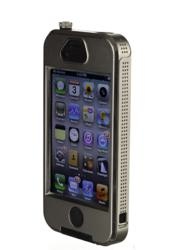