SOMETHING NEW ON THE ACTION MENUS

Columbus, Ohio – October 11, 2000 – Power On Software announced today that
it had released an update to ACTION Menus, the best-selling Macintosh menu
configuration utility. ACTION Menus affords complete control over menu
customization by providing a flexible array of options that allow users to
be more productive. Also available as part of the Eddy-Award nominated
ACTION Utilities collection that includes ACTION Files, ACTION WYSIWYG
and ACTION GoMac, ACTION Menus enables users to create, customize and
configure menus so that a user’s most frequently used files, folders,
applications, and volumes are instantly available.

The update, version 1.0.1, incorporates several improvements aimed at
enhancing operation with Mac OS 9 and G4 Macintoshes. The ability to assign
keyboard commands to virtually any application’s menus has been improved so
that items designated as “favorites” are included in the functionality.
Also improved is compatibility with the Multifunction menu Items and the
ability to display documents in the recent Items menus.

Features of ACTION Menus include:

* Addition of custom menus that include a Recent Applications Menu, a
Windows Menu, a Documents Menu, a Server Menu, a Volume Menu, and a Recent
Documents and Folders Menu. Enhanced functionality is also provided to the
Apple Menu and the Applications Menu

* Full Drag and Drop Support: Drag files and folders into menus and
eliminate the need to tediously dig through piles of folders buried deep on
a drive. Also open files by dragging to the application in the menu

* Recent Applications Menu: Keeps track of the most recently used
applications. Provides the ability to permanently add any application to
the menu with a single keystroke

* Enhanced Apple Menu: Provides drag and drop functionality in the Apple
menu so that items can be dragged from anywhere and dropped onto the Apple
menu

* Open Windows Menu: Keeps track of all open windows in an application

* Recent Documents and Folders Menu: Application specific menus provide
immediate access to current application’s most recently used files and
folders. These menus are instantly updated every time the user switches
into or out of the application

* Customizable Smart Items and Separators: Automate the order in which the
menus display information and add user definable category separators for
faster access to specific types of information

* User-definable keyboard commands: Assign keystrokes to instantly access
favorite items or permanently remove an item or group of items. Even
replace an application’s keyboard commands with ones you prefer

* Multi-Action Commands: Permits the user to perform menu commands on
multiple items simultaneously. Open, Close or Get information on several
files folders or documents without having to repeatedly go back to menus

The new version, available immediately, has a suggested retail price of
$39.95 and is available from leading retailers including CompUSA. A
downloadable version is available from Power On Software for $29.95 and the
update is free to all owners of prior versions of ACTION Menus or the
ACTION Utilities bundle

Power On Software, Inc. was founded in 1993 and has established itself as
the leader in utility and business productivity software. Power On is the
developer of the forthcoming MacWorld Best of Show award-winner, Rewind.
Power On also owns and develops Now Up-to-Date & Contact(TM) and the ACTION
Utilities(TM) Collection, which have consistently garnered industry
accolades, including Product of the Year, multiple Editor’s and Reader’s
Choice honors, seven World Class Awards and back-to-back Eddy Award
nominations. Power On Software is also the developer of Now Planner for
Macintosh and Windows, DiskLock, On Guard for Macintosh and Windows, as
well as Screen To Screen and LAN Commander. Power On is committed to
providing the highest quality productivity software, with an emphasis on
total customer satisfaction. 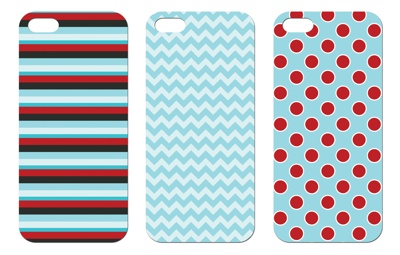 DayCase lets you change Your iPhone case every day