Alphen aan den Rijn, The Netherlands, August 18th, 2000–Troi
Automatisering today announced the availability of its Troi Dialog Plug-in
2.0, for FileMaker Pro 5 (and 4) both on Mac OS and Windows.

What is the Troi Dialog Plug-in?

The Troi Dialog Plug-in is a very powerful tool for displaying real dialogs
in FileMaker Pro. The text of the dialog and also the buttons can be
created dynamically by using a calculation. All from within FileMaker you
can:

Peter Baanen, company president, states: “Getting ready for the FileMaker
Developer Conference 2000 we are proud to release version 2.0 of our Dialog
plug-in. We added these much requested features: list dialogs and dialogs
with icons! Also included is a new user guide and reference manual and
enhanced examples in 9 clear example files.”

“Buying the Developer’s License for the Dialog plug-in was the best
FMP-related investment I’ve ever made!” Kieren Richard MacMillan, head
database developer of kierencom, Toronto, Canada.

The Troi Dialog Plug-in 2.0 adds these new functions and features:

– List dialogs, from which the user can choose an item
– Add standard and custom icons to the dialog box
– A user guide with reference to all functions
– Enhanced examples in 9 example files

We invite you to test drive the new functions and see what _you_ can
do with it!

– Give your users better and flexible feedback.
– Show quick instructions without the user having to dismiss the
dialog every time.
– Build multi-language systems more easily.
– Make your solutions look more professional by using your own icons
in dialogs.

A fully functional version of Troi Dialog Plug-in 2.0 is available for
downloading at Troi’s Web site at:

Troi Dialog Plug-in 2.0 works with FileMaker Pro 4 and 5. The plug-in is
available for Mac OS and Windows95/98 and NT/2000, and costs US$ 29 per
user. Upgrades from previous licenses of the Dialog plug-in are free.
Details on developer licenses and multi-user discounts can be found on our
web site. You can order licenses via our web site.

Troi Automatisering is leading developer of cross platform FileMaker Pro
plug-ins, databases and utilities. For more information you can visit our
booth at the FileMaker Devcon. Or visit our Web site at: 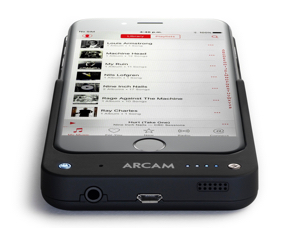