Pittsburgh, PA, July 26, 2000 — VR Toolbox, Inc. officially announces the
shipping of The VR Worx v2.0, effective immediately. The VR Worx is VR
Toolbox’s award-winning suite of authoring tools for QuickTime VR, and the
new version, 2.0, is now available for both Macintosh and Windows
platforms. The VR Worx 2.0 has more features and greater functionality than
any other QTVR authoring tool on the market. It creates panoramic movies,
object movies and multi-node scenes (a.k.a. virtual tours), all in the
QuickTime format.

The engineers for VR Toolbox have developed new features and built new
capabilities into The VR Worx 2.0, based on feedback received from beta
testers and users alike. The resulting additions to the product are
practical, time saving, efficient and cutting edge in nature. Among the new
features found in The VR Worx 2.0 are:

Ability to generate an Object Movie that has the Object within a
Panoramic background, called Object in Pano

Option to use the new HyperStitch a fast stitching capability

Optimized for the World Wide Web, via existing Templates and pre-built
HTML pages containing movies, as well as ability to customize the preview
image.

VR Toolbox is offering upgrades to The VR Worx 2.0 for all registered users
of VR Toolbox products. Owners of The VR Worx 1.0 and those who own all
three of the stand-alone products are able to upgrade to version 2.0 for
only $79.99 (SRP is $299.99). Upgrade paths for those who own one or two
stand-alone products can be obtained from sales@vrtoolbox.com or by calling
1-877-878-6657 toll free.

Walter Neals, Vice President for Marketing at VR Toolbox notes, “The VR
Worx was named Runner-Up for Best Multimedia Software of 1999 by MacUser
Magazine in the U.K. We have great expectations that version 2.0 will be
win top honors from many computer and digital camera publications
worldwide. With the array of new features added to such an outstanding
product, The VR Worx 2.0 will be a real favorite among multimedia users on
both platforms.

QuickTime VR has become one of the most important assets the user can have
in their software arsenal, bringing an unparalleled level of interactivity
and motion to web design and multimedia productions. As in all the VR
Toolbox products, The VR Worx 2.0 allows the user to create interactive
QuickTime VR movies quickly, simply and professionally, with any kind of
camera…film, digital and video. And two-platform companies can take real
advantage of The VR Worx 2.0 being cross platform, since projects started
on Windows can be completed on the Mac OS and vice versa.

The VR Worx v2.0 is a hybrid CD-ROM, with both the Windows and Macintosh
versions in the same package. It includes a 260 page printed manual,
complete with various tutorials, as well as an addendum that covers the new
features in 2.0. Apples QuickTime 4.0 and Adobe Acrobat Reader 4.0 are
included on the CD-ROM. The VR Worx has a manufacturers suggested list
price of $299.99.

The System Requirements for The VR Worx 2.0 are as follows:

More information is available on the VR Toolbox web site at
http://www.vrtoolbox.com. 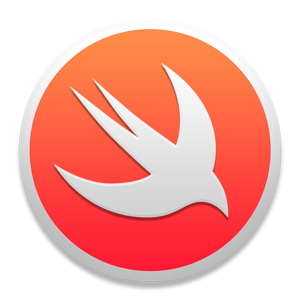 InSili.co launches ObjCConverter for Swift for the Mac App Store