The EasyGem Library for Omikron Basic 6 is now available in version 4.0.
The latest library now features more than 180 new functions and procedures
than version 3.0. This makes it possible to easily equip Omikron Basic
programs with professional user interfaces. Almost all objects introduced
since Mac OS 8 can now be utilized by the EasyGem Library.

– Updates for EasyGem 3 User:
The update from version 3.0 on CD costs US$20 and the online upgrade can
be purchased for only US$15 .

— Version 4.00 from 24 July 2000 —
– The Menu Library was completely revised and expanded with many new
functions. It is now possible to manage submenus with M_Subtitle and
M_End_Title. The functions M_Icon and FN M_Icon serve to assign icons to
individual menu items. Starting with Mac OS 8.0, it is possible to utilize
the other modifier keys for menu shortcuts as well. To this purpose,
M_Modifier and FN M_Modifier were implemented. Another option available
with Mac OS 8.0 as well is that the text font can be set individually for
each menu item using M_Font and FN M_Font. The option to dynamically change
a menu, that is to add or remove it during runtime, is also a very
important new function realized with M_Insert and M_Delete. Another new
option are pop-up menus. Three additional procedures are available for
this: Def_Popup, End_Popup, and M_Show_Popup. Use these to define and
display pop-up menus. The function FN M_Handle establishes the link with
the Mac OS Toolbox and thus makes it possible for experienced programmers
to apply Mac OS functions to EasyGem menus.

– EasyGem 4.0 may now be used to program non-modal dialog boxes. The layout
for dialog boxes was optimized as well. Cell size and spaces can be
modified and varied by the programmer using D_Setcellwidth, FN
D_Getcellwidth, D_Setspace, and D_Getspace. Use D_Input to create several
input fields per line. Pop-up menus and dialog boxes were integrated as new
object types (D_Popup). Free controls of all types can now be utilized for
dialog boxes as well. Objects can be rendered selectable or nonselectable
(enabled/disabled) using D_Enable or D_Disable. An extended command of
D_Event now makes menu operations possible while a dialog box is opened
(e.g., to exchange texts via the clipboard). An action function can be
assigned to each object in the dialog box with the command D_Setaction.
This action function is called as soon as the user clicks on the object.
Now you can use FN D_Controlid to query the control identification number
of all default objects, so that the many functions of the new Control
Library can be applied to these objects as well.

– The Window Library now also supports so-called float windows. These are
windows that are always in the front, floating above all other windows. In
order to find out, which float window is the uppermost one, the function FN
Win_Floattop was implemented. The width of the info line can be changed and
queried with Win_Infoheight and FN Win_Infoheight. A widening of the info
line is very advantageous because that is where the user defined controls
can be placed. All EasyGem windows now feature automatically proportional
window scroll bars and support smart scrolling as well (the window content
follows the movements of the indicator in the scroll bar). New bits were
assigned for the Win_Flags as well, which resulted in additional setting
options. Use FN Win_Visible to determine whether an open window is also
visible on screen and FN Win_Collapsed returns the information, whether a
window has been folded up. A new option is to define your own action
functions with Win_Topaction, Win_Moveaction, Win_Sizeaction, and
Win_Closeaction, which then can react very flexibly to actions of the users.

– The Utility Library was expanded by three procedures. Get_Mouse_Local
returns the mouse position in local coordinates of the uppermost window.
Easy_Fnav calls the File Navigation Services (available since System 8.5),
which enable a very comfortable selection of files, folders, and other
objects. Event_Sent makes it possible for the EasyGem programmer to send
Apple events him- or herself, for example, in order to start other programs
and/or to pass files to be opened to these programs.

– However, the most important part of this new version is the completely
new and added Control Library. A wide range of new procedures and functions
enable programmers now to define and manage free controls within dialog
boxes and windows down to the last exact pixel. Almost all of the since
System 8.0 newly introduced control types are supported. In addition to the
already well-known objects, the Control Library may also be used to program
scroll bars and sliders, progress bars, date and time icons, icons,
pictures, and many more objects.

If you have any questions regarding this press report please contact Birke
Schreiber at birke@berkhan.de Thank you! 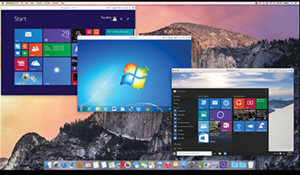