AMP Radio — Listen to the World!

-New Audio Format Support- CD Audio, MOD, MIDI, .m3u, and more!
-AMP Radio now shows the ID3 tags for streaming files! Know what you’re
listening to on Shoutcast stations and .m3u’s!
-Random/Repeat Play-Mix it up!
-Alias Resolving, to allow you to move your MP3 files anywhere on your HD.
AMP Radio will find and play them!
-Mono Enhancer, to make mono files and streams sound more like stereo!
-Proxy support

For information on AMP Radio, please visit the AMP Radio site at
http://www.subband.com/ampr/

Also, Subband Software is pleased to announce the release of Entheogen 1.1,
the latest version of their popular visualization software for use with AMP
Radio. Important new features include huge speed increases and plugin
layering, to control the order plugins draw.

-Plugin layering added
-Background runs much faster, can be turned off
-Folder Scan now goes two folders deep
-Double-clicking plugins in the Finder will launch them
-FPS counter moved to the right, to avoid a WhiteCap conflict
-Copy in Edit menu will take a screenshot of the Entheogen window
-Small bug fixes
-Added FPS limiter(60 fps) to reduce flicker

In addition, Entheogen 1.1 comes with 6 new plugins, including WhiteCap 3.4
for Entheogen! Other plugins include Mimic 1.0 for Entheogen, Swarm,
NameSwisher, Mountain 3D, and GrayPlug.

Users should also stay tuned to the Plugins portion of the Entheogen site,
located at http://www.subband.com/enth/plugins.html It is expected to open
within a week. Users will be able to download new plugins anytime, for all
plugins released between Entheogen releases.

Plugin designers should note that with the release of Entheogen 1.1,
Subband has also updated the Entheogen SDK to version 1.1.1, with new
information on coding plugins, new source for the Default and Background
plugins, and information on submitting plugins to Subband. A new update to
this SDK will be coming very soon, to address issues with plugin
preferences.

For full information on Entheogen, please visit the Entheogen site at
http://www.subband.com/enth/

Shoutcast and Icecast are Internet broadcasting technologies, designed to
allow the average user to create a music stream by broadcasting music
directly from their computers. Any user with a capable program, such as AMP
Radio, can then connect to these “radio stations”.

Subband is a small, privately held corporation based in the state of
Washington, developing the best in audio apps for the Macintosh. AMP Radio
is Subband’s first product, but the employees at Subband were responsible
for the creation of the original MacAMP, as well as heavy development on
MacAMP Lite, and the world-famous PC MP3 player Winamp. For more
information on Subband Software, Inc., please visit
http://www.subband.com/about.html 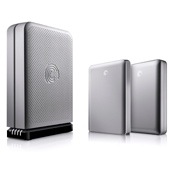 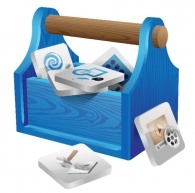