A MAJOR UPDATE TO THE FREE, FAST, POWERFUL, AND EASY TO USE PROGRAMMER’S
LIBRARY FOR CREATING SPRITE ANIMATION IN MACINTOSH PROGRAMS

March 29, 2000
Vern Jensen and Anders Bjrklund today officially released SpriteWorld 2.3
as freeware to the Macintosh programming community. SpriteWorld 2.3 is the
latest update to the widely respected SpriteWorld animation library
originally written by Tony Myles in 1993-94, and updated to version 2.0 by
Karl Bunker and Vern Jensen in 1996. SpriteWorld 2.3 provides many new
features and improvements, and even some bug fixes.

As with the earlier versions, SpriteWorld 2.3 will be of particular
interest to Macintosh game programmers. Using SpriteWorld, programmers can
easily create animations with high frame rates that contain smooth
overlapping of sprites, pixel-precise collision detection, an unlimited
size and number of sprites, special effects via. custom blitters, fast
scrolling, and many other features. These features lend themselves to the
creation of nearly any kind of 2D game, although action games benefit in
particular, as SpriteWorld’s routines are highly optimized for speed.
SpriteWorld comes with complete source code in C, so you can study the code
to gain a further understanding of how SpriteWorld works, or change areas
you want to work differently.

SpriteWorld comes with many demos that show you how to use almost every
conceivable aspect of SpriteWorld, including a complete game. Additionally,
there are third party tools to help you with your projects, including
TileMap and Sprite editors, which you can find in the Links section of the
SpriteWorld home page. And finally, SpriteWorld contains very thorough
Inside-Mac style documentation in several formats, so none of your
questions will go unanswered.

Here are just some of the improvements in SpriteWorld 2.3:
– Almost all of the blitters now support 8-bit, 16-bit and 32-bit.
– Support for RLE Sprites, which provide much faster loading times, lower
memory requirements, and faster blitting.
– Complete re-organization of BlitPixie, making it easier to use. You can
also now use BlitPixie separately from SpriteWorld.
– Several new blitters, including routines that flip your Sprites or other
objects vertically or horizontally in real-time, as well as blitters that
draw your Sprite as a solid color.
– Full support for multiple monitors.
– New routines for easily displaying numbers in your game by using Sprites.
– Speed-ups in various functions, such as SWUpdateFrameMasks, as well as
faster loading of self-masking Sprites.
– SpriteWorld now supports MPW!
– New CodeWarrior Pro 5 project files, in addition to the old CW 10
project files.
– Various bug fixes and other minor improvements.
– Plus much, much more!

SpriteWorld has a colorful and impressive history. Originally written by
Tony Myles, it was “adopted” and updated for its second major update by
Karl Bunker and Vern Jensen. Vern Jensen took over the role of head
programmer for 2.1 and later releases, and Anders Bjrklund joined him in
developing the 2.3 release. Since its inception, SpriteWorld has not been
solely the work of one or a few programmers, but has benefited from the
contributions and input of many Macintosh developers. The full list of
contributors is too long to include here, but among those whose work on the
project demands at least some mention are: Ed Harp, David Johnson, Brigham
Stevens, Ben Sharpe, Tony Wilson, Brian Roddy, Tim Carroll, Cary Farrier,
Peter Lewis, Stefan Sinclair, and Christofer Akersten.

Pascal interface files for 2.3 have not been completed yet, but will be
posted to the web site once they’re ready.

Requirements:
System 7.0 or later, 68020 or later Mac, and a CodeWarrior or
Think/Symantec programming environment. (No Symantec project files are
included, however.) 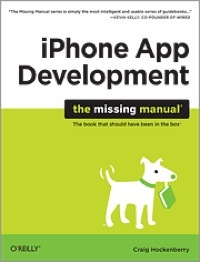 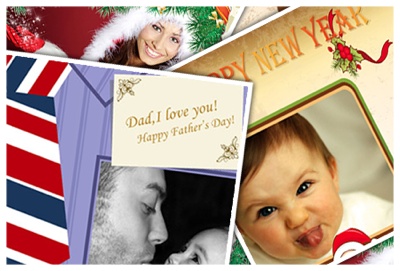