AppMaker is a visual application builder that lets programmers design their
application by simply dragging and dropping user interface elements, and by
setting object properties. With a click of a button, AppMaker generates an
application’s resources and complete source code in C++ or Pascal. All the
developer needs to do is compile his project, and the application is ready
to run.

Tools Plus Pro is a set of compiled libraries that replace the need for as
much as 95% of conventional toolbox code with simple, high-level Tools Plus
routines. These routines include functionality that covers everything from
creating a window to creating powerful picture/icon buttons and drawing
zoom-lines when opening an object. Tools Plus also includes numerous
popular features like support for a tool bar and floating palettes,
regardless of the system version the application is running on. Once an
object is created with Tools Plus, it works automatically without the need
for support code. Tools Plus gives Mac developers much of the ease-of-use
and rapid development capabilities found in fourth generation languages
(4GLs) while retaining the flexibility, speed, and compact memory and disk
footprint that is typical of hand-tuned code.

Both manufacturers have typified this bundle as a “marriage made in heaven”
where AppMaker’s strength in visual design is complemented by Tools Plus’s
ability to greatly simplify source code while adding feature richness.

“Historically, reviewers have argued that Tools Plus is ‘better than any
visual programming alternatives’ because a developer using Tools Plus works
with a minimal amount of simple, high-level code, and very few source
files. Now that AppMaker creates source code for Tools Plus libraries,
developers can enjoy the best of both worlds.” Water’s Edge Software
president, Steve Makohin, reported.

Spec Bowers, president of Bowers Development, reaffirmed AppMaker’s
leadership as the visual design tool of choice for Macintosh developers.
“AppMaker is more than just a GUI [Graphic User Interface] builder. It is a
complete, visual prototyping and application building environment that is
designed to make you productive quickly. Our latest addition of Tools Plus
support is a natural progression in our aim to create world-class,
maintainable code that rivals hand-written, hand-optimized works. Our users
tell us we’ve achieved this goal.”

The AppMaker/Tools Plus bundle supports Metrowerks CodeWarrior IDE. Both
680×0 and PowerPC-native Tools Plus libraries are included, along with
several megabytes of custom controls (SuperCDEFs), custom windows (WDEFs),
icons, animated color cursors, fonts, and other valuable resources.

The AppMaker/Tools Plus bundle is available immediately for only US$299, a
savings of $100 off the regular prices. It can be purchased from Bowers
Development (http://members.aol.com/bowersdev), and Water’s Edge Software
(http://www.interlog.com/~wateredg). It is also available from Developer
Depot at 1-800-622-3381, or mailto:orders@devdepot.com . Outside North
America, call 1-805-494-9797.

AppMaker is a programming tool that makes it faster and easier to make a
Macintosh application – not just the user interface, but also the
functional code. With AppMaker you create the menus, windows, dialogs and
their contents by clicking and dragging to arrange what you want on-screen.
You also point and click to declare data structures and to connect UI items
to data items. AppMaker creates resources to describe your design, and
generates “human, professional quality code” in your choice of either
procedural or object-oriented programming languages.

Bowers Development was formed in 1989 to develop programmer productivity tools.

Tools Plus libraries + framework was rated “4 1/2 mice” by Macworld
magazine, honored as a Macworld/MacTech Editors’ Choice Awards finalist for
“Best Rapid-Development Tool,” and critically acclaimed in various
publications. It first empowered programmers in 1992 by providing an
effective alternative to “code generators,” and it continues to be
instrumental in helping developers with varying skills quickly create
polished, professional-level applications and plug-ins. 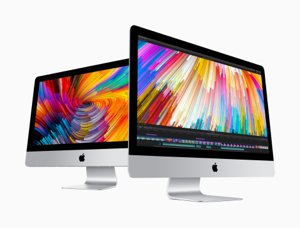