Every Macintosh user should backup their valuable data regularly, and
if possible, backups should always be secured with modern
cryptographic tools. But backups have never been easy. For this
reason, FullBack introduces advanced security with a simple and
convenient interface to take away any excuse for failing to backup.
Backups can be stored on a private TradingPost i-Network disk or on a
local disk. FullBack can also be used for general file encryption.
It is one of the most secure and convenient security systems of its
type.

* Using a Macintosh, mount your own virtual
disk (TradingPost) right on your own desktop.

* All your backup files are right at your fingertips,
to organize, or retrieve, or delete as you see fit.

* Tools are included for automated and incremental
backup of all your important files. Make scheduled
or immediate backups.

* Optionally send encrypted backups to a local folder
rather than to TradingPost (the system can function
as a general file encryption utility).

* Compression is handled with
“StuffIt” technology from Aladdin Systems.

* Encryption for backups is accomplished with
“Blowfish (Counterpane Labs) using 512 bits keys.
Many online backup systems provide no encryption at
all, and others unproven cryptography with keys as weak
as 128 bits.

* Encryption keys are generated randomly, and are
stored in a secure (encrypted) database which can be
accessed only from your computer.

* Access to the TradingPost file server is protected
with passwords (64 bits approx.) that are encrypted in
both directions …the standard AFP protocol is
infinitely more secure than the FTP protocol. Most
other backup systems use plain-text passwords for
access to the backup archives.

* Stored backups, whether with TradingPost or on a
local disk, have digital signatures so that when you
retrieve your backups from the server, the program can
determine if there has been any unauthorized intrusion.
Most other backup systems do not provide this extra
measure of security. 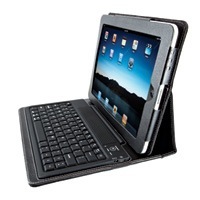