ViaVoice for Mac in Stores for the Holidays

ViaVoice for Mac provides users with an intuitive, easy-to-use interface to
perform everyday computer tasks, such as creating e-mail and editing
documents, by speaking. The software is available this week on store
shelves, online and in catalogs in time for the holiday buying season.

“IBM listened to the thousands of requests from Mac enthusiasts and brought
its leading
ViaVoice speech recognition technology to one of the most popular operating
platforms,” said Krishna Nathan, director of consumer voice systems, IBM
Speech Systems. “ViaVoice for Mac is part of our continuing effort to make
it easier and more natural for people to interact with their computer. IBM
is the only company to offer its speech recognition technology on all of
the most popular desktop operating platforms — Windows, Linux and
Macintosh.”

“We are thrilled IBM is bringing its award-winning speech recognition
software to the Mac,” said Clent Richardson, Apple’s vice president of
Worldwide Developer Relations. “ViaVoice for Mac makes the most
user-friendly Mac even easier to use.”

Based on IBM’s award-winning speech recognition technology, ViaVoice for
Mac speech recognition software was created with simplicity in mind. The
software incorporates an easy-to-use interface specifically designed for
the Mac platform — making it both easy and natural for all Mac users to
conduct common computing tasks. ViaVoice for Mac provides users with the
ability to create, edit and format documents in the most natural way. After
text is created, the software’s integrated transfer feature lets users
transfer text into popular Macintosh applications, such as AppleWorks or
Microsoft Word. Users can create voice shortcuts for commonly-used phrases
by literally “calling” them out with the software’s dictation macro editor.
ViaVoice for Mac includes a 64,000 active word vocabulary, the largest on
the market for Macintosh, and also integrates Apple?s text-to-speech
function that lets Apple computers read text back to the user. Also
included with the product is a newly designed noise cancelling microphone
for Mac users. This new mic has changeable colored accents to coordinate
with all the popular iMac flavors.

Power for ViaVoice for Macintosh

IBM’s ViaVoice for Mac runs on Mac OS 8.5.1, 8.6 and 9.0. The software
requires a 233 MHz Power PC processor or higher, 48 MB RAM, 200 MB of hard
disk space and a CD-ROM drive. The software runs on iMac, PowerMac G3 and
G4, and PowerBook G3 computers, and requires an audio input jack that is
compatible with Andrea NC-71 microphones.

ViaVoice for Mac will be available this week in the United States and
Canada. It will be sold through major retail and office supply stores, over
the Internet through ShopIBM (www.ibm.com/shop) and other online vendors,
as well as other traditional channels for Apple software. The suggested
retail price for the software is $89.95. Additional languages are planned
for the first half of 2000.

IBM speech recognition technology is based on 30 years of speech
recognition research and development. With a portfolio of more than 100
patents, an established R&D business that includes researchers worldwide
and a robust, proven speech technology available in many languages, IBM is
a leader in speech recognition. For more information about IBM Speech
Systems, visit the World Wide Web at http://www.ibm.com/software/speech. 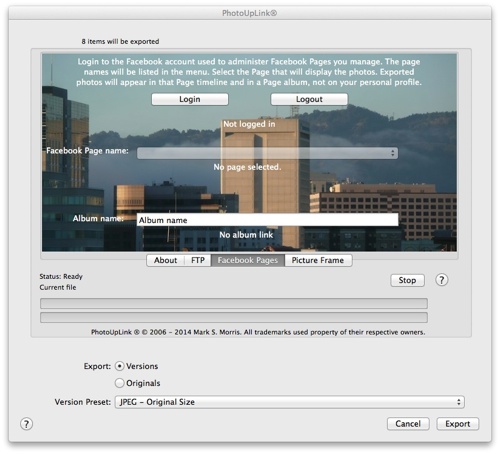