Pittsburgh, PA, September 17, 1999 — VR Toolbox, Inc. today officially
announced that it would begin shipping The VR Worx at the beginning of
October. The VR Worx is VR Toolbox’s complete suite of authoring tools for
QuickTime VR. Available for both Macintosh and Windows platforms, the
company heralds the product as the ultimate software solution for the user
who needs all that QuickTime VR has to offer. VR Toolbox has taken their
outstanding individual programs and built them into a single integrated
tool suite, building from the base they created with VR ObjectWorx, VR
PanoWorx and VR SceneWorx.

The VR Worx is comprised of three QTVR Modules composed in a single
interface. The user is presented a selection panel for choosing either the
Panoramic Module, the Object Module or the Scene Module. QTVR movies are
constructed and interwoven as required. And, VR Toolbox has significantly
upgraded their array of authoring tools within the program; each module has
considerably more features and matured functionality than its stand-alone
counterpart. The Panoramic module now provides faster and more intuitive
stitching; and the Mac version adds a Hot Spots Panel and resizeable
windows, previously only available in the Windows version. The Object
module in both versions, now contains an independent Special Effects Panel,
which includes new de-wobble and cropping special effects. The Object
module in the Windows version has been ramped up to offer capabilities
previously available only in the Macintosh version; examples are more
special effects and sound support for object movies. The Scene module on
both platforms now allows zooming while editing in the Node Browser, and it
also has another, quite notable development. Panoramic and object projects
can now be composed within the Scene module, whereas before, panoramic and
object movies had to be fully composed and then imported into the Scene
environment. These are just some of the enhancements found in the robust
feature/function set the program has to offer. In addition to this
extensive collection of enhancements, VR Toolbox has included a 260 page
printed manual, including tutorials. Built upon QuickTime 4, The VR Worx
will be the first QTVR authoring tool to reach the market that gives the
user the ability to take advantage of all that QuickTime 4 brings to
multimedia.

Walter Neals, Vice President for Marketing at VR Toolbox, Inc. notes, “The
VR Worx gives you the ability to generate QTVR Panoramic movies, Object
movies and Multi-node scenes, involving advanced elements that push the
QuickTime VR envelope …incorporating aspects of this exciting technology
not seen in any other QTVR product. You haven’t seen anything like this
before…and with the advent of Apple’s QuickTime 4, QTVR is at its
greatest height, yet.”

QuickTime VR is fast becoming one of the most important assets you can have
in your software arsenal, bringing an unparalleled level of interactivity
and motion to web design and multimedia productions. As in all the VR
Toolbox products, the user can create interactive QuickTime VR movies
quickly, simply and professionally, with any kind of camera…film, digital
and video. And The VR Worx is cross platform, available for Windows and the
Mac OS.

Walter Neals adds, “With The VR Worx, the user can truly explore the
potential of e-commerce, like showing panoramic movies of real estate or
visiting travel & leisure destinations. The user can incorporate object
movies for on-line product catalogs, training & instruction and more. With
The VR Worx’s Scene module, users can create multi-node virtual
environments with panoramas, objects, still images and linear movies. So
many things, from products to parts, artifacts to works of art, show-rooms
to corporate facilities come to life when viewed from any vantage
point…the possibilities are endless.”

The VR Worx is the ideal tool suite for professional photographers, web
developers and multimedia producers. It is significant to the educational
community, in that now educators have an easy-to-use tool, with a short
learning curve, that provides more than any other QTVR authoring software
ever has. And, most importantly, The VR Worx is even accompanied by a
QuickTime VR Curriculum, both in teacher and student workbook formats.
Novices and hobbyists will also appreciate the simplicity of the software’s
interface and the easy learning curve.

VR Toolbox has posted full featured DEMOs of both the Macintosh and Windows
versions on their web site at http://www.vrtoolbox.com. These eval units
are crippled only in that they will not export finished movies; an exact
representation of the finished movie is viewed in the Preview Panel of The
VR Worx.

The VR Worx is a hybrid CD-ROM, with both the Windows and Macintosh
versions in the same package. It includes a 260 page printed manual, with
tutorials. Apple’s QuickTime 4.0, and Adobe Acrobat Reader 4.0 are
included on the CD-ROM. The VR Worx has a manufacturer’s suggested retail
price of $299.99.
More information is available on the VR Toolbox web site at
http://www.vrtoolbox.com. 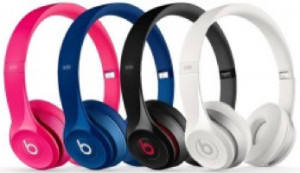