Minneapolis — May 10, 1999 — Power On Software announced today that
it has developed the world’s first and only desktop security product
that offers a consistent design and interface across both Windows and
Macintosh Operating Systems. Based on the industry leading On Guard
for Macintosh, the Windows version offers the same ease of use with a
simple point and click setup. On Guard is the only product on the
market that offers the ProTek Panel, a fast and easy control center
for configuring all aspects of desktop security. On Guard for Windows
is shipping today and is available from the Power On Software web
site. Retail shipments are due in stores by the end of the month.

On Guard for Macintosh has long been an industry staple in desktop
security for educational markets, with an installed base of over one
million. John Wallace, President of Power On Software explained the
enormous advantage of the On Guard solution. “With the release of the
Windows version, we are able to offer the only product that provides
a single, consistent interface on both the Windows and Macintosh
platforms,” Mr. Wallace stated. “Administrators responsible for
desktop security will now have more time to accomplish other tasks
since it is no longer necessary to learn how to use disparate
products in a mixed environment. On Guard’s interface is so simple
that desktop security on Windows will no longer be a chore. For the
first time in the annals of security products, once you use the
product on one platform, you know how to use it on the other, and
each platform maintains its traditional look and feel
characteristics.”

On Guard secures the desktop computer without changing the user
interface, thereby avoiding user confusion. On Guard installs easily
and offers preconfigured user accounts for even greater ease of
setup. On Guard prevents users from renaming, copying, or deleting
files or folders. It locks the user out of sensitive areas of the
System to ensure that computers are always up and running. On Guard
even allows the security of an entire network to be configured from a
single machine.

On Guard reduces the cost of setup and maintenance by eliminating the
common causes of computer malfunction – user error. On Guard
eliminates missing file problems, while protecting access to programs
and data from unauthorized access. On Guard is the perfect solution
for environments where multiple users share computers, as each user
can be provided with a customized work environment suited for their
specific needs. Nonessential files can be hidden so that the user
experience can be simplified, thereby enhancing productivity by
making tasks simpler to accomplish. Multiple levels of security can
also be set and On Guard will even track access to the computer and
provide reports to warn of attempted security breaches.

On Guard for Windows is available now at a suggested retail price of
$49.95. Special educational discounts and site licenses are
available. Powers On products are available at dealers and
distributors worldwide, as well as through Microwarehouse, Pacific
Business Systems, and Multiple Zones International.

Power On Software, Inc. was founded in 1993 and has established
itself as a leader in utility software with its security product, On
Guard, as well as its network utilities, LAN Commander and Screen
To Screen. With the introduction of ACTION Files, the product that
The Mac Report called the greatest third party extension of all time
and received Macworld’s prestigious Eddy Award nomination for best
utility of the year, Power On successfully launched its ACTION
Utilities line. To further its dominant position in the utilities
market, Power On acquired Now Utilities from Qualcomm Incorporated
and Norton DiskLock (now sold as DiskLock) from Symantec Corporation.
Power On is committed to providing the highest quality utility
software, with an emphasis on system enhancements and maintenance,
and a strong customer oriented philosophy. 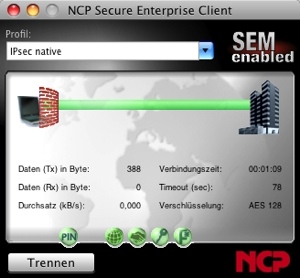