Testers will be amazed with Emotion 3D: Web Edition’s quick and easy
process for creating beautiful 3D animations, rollovers buttons,
animated clip art, and effects for the Web. It features Anark’s new
procedural animation engine, Animesh, which makes animating 2D or 3D
art as simple as clicking a button. With its highly automated
animation and effects process, and intuitive interface, Emotion 3D
will save both amateur and expert web developers hours of valuable
time. This FREE public Beta is available on Anark’s web-site for a
limited time only. Free T-shirts will also be given out each week to
the Beta testers that provide the most valuable input.

“We received resoundingly positive feedback with Emotion 3D: Web
Edition at Spring Internet World,” said Stephen Collins, Anark
Interactive Media’s Marketing Director. “We are confident that our
Beta Testers will have a lot of fun testing this exciting new
application and will benefit greatly from the ability to so easily
create beautiful content for their web sites.”

The public Beta version of Emotion 3D: Web Edition will be usable
until May 20th, and will be replaced with a 15 day trial version
after the product is released. The full version of Emotion 3D: Web
Edition will ship sometime in May at a special introductory price of
only $69.95. It will include significantly more animation behaviors
and art content than the trial version. Anark will announce an
official release date soon.

Wizard Style Interface: makes each step of the process clearly
defined and easy enough for the newest computer user to quickly
create professional animations and effects.

High-end Special Effects: enables users to apply drop shadows,
glows and outlines to the entire animation with the click of a
button. There is no need to process frames individually as with other
programs.

Animations: 60 separate behaviors can be manipulated to create a
virtually unlimited number of unique animations.

Art Content: users can select from their existing 3D or 2D art, or
choose from the content provided with Emotion 3D.

Anark will ship Emotion 3D: Web Edition for Windows95/98/NT sometime
in May, and plans to release a Power Macintosh version in the near
future. It will be available for purchase from Anarks on-line store,
select on-line retailers, and popular catalogs. Other Emotion 3D
versions will be announced soon, including a plug-in for MS Office,
and Macromedia Director. More information is available at
www.anarkmedia.com.
Contacts:
Gina Fernandez
Promotional Enterprises
(310) 374-8121
gina@promotional-ent.com 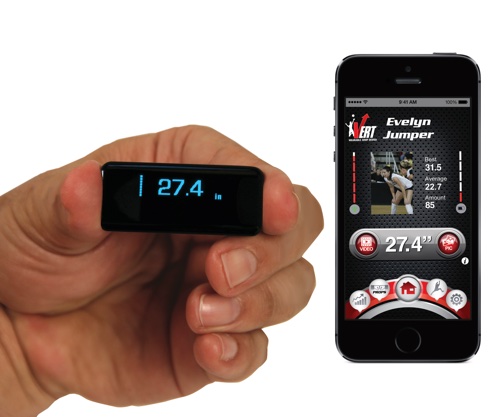 VERT is a new device for measuring jump data