Grantham, NH – April 24, 1999 – Bowers Development has posted a minor
update for AppMaker #11 to generate Carbon-ready source code. With
this update AppMaker generates C++ code which uses Appearance
controls and Nav Services, and which compiles for Carbon or for Mac
OS 8.x (or for System 7.x with the Appearance Extension installed).

About AppMaker –
AppMaker is a programming tool that makes it faster and easier to
make a Macintosh application – not just the user interface, but also
the functional code. With AppMaker you create the menus, windows,
dialogs and their contents by clicking and dragging to arrange what
you want on-screen. You also point and click to declare data
structures and to connect UI items to data items. AppMaker creates
resources to describe your design, and generates “human, professional
quality code” in your choice of either procedural or object-oriented
programming languages.

More than a GUI Builder –
The theme in AppMaker #11 is to write more of the application logic
for you. Code that you would have had to write by hand, AppMaker now
generates for you. You design your user interface and design the data
items, then connect them. AppMaker generates the skeleton, the
sinews, and much of the muscle of the application logic in addition
to generating resources and source code for the user interface.

Pricing and Availability –
AppMaker CD #11 is available now from DevDepot,
http://www.devdepot.com/, or from Bowers Development,
http://members.aol.com/bowersdev/. The $199 price includes a one-year
subscription.

It’s official: Jobs will speak at All Things D 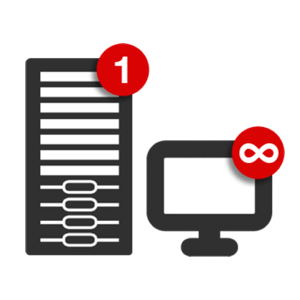