WESTFORD, MA — April 19, 1999 — PreFab Software, Inc. is pleased to
announce that version 1.5 of Player shipped today. Although an
increasing number of applications and control panels include some
support for scripting, key features are left untouched. Player fills
the gap, adding verbs to AppleScript and Frontier to query and
control the user interface.

The 1.5 release adds support for MacOS 8.5.x, user-requested commands
and options, plus a breakthrough feature: a verb to disable user
input to prevent interference with running scripts.

Very cool! This is the last piece of my major puzzle. Thanks!

PreFab Player 1.5 will retail for $139 ($79 for education); the
current $95 price will be honored through May 15. The price includes
one license for Player Runtime. Additional Runtime licenses are $25
each, with volume discounts available beginning at quantity 10.
Current Player owners may upgrade to 1.5 for $49; or $39 through May
15. Registered users who purchased after June 1, 1998 have already
been sent a free upgrade. A free 30-day trial version of Player can
be downloaded from http://www.prefab.com/.

Scripts are often used to automate long procedures, running for hours
or even days. If someone accidently interferes, the script may stop
with an unexpected error and leave files, folders and applications in
an uncertain state. Even if the user could afford the time to run the
script again from scratch, manual work would be required to sort
through what had been done and put everything back for a fresh start.
For scripts that are distributed to a user community, everything
would grind to a halt until technical support could be found.

Player 1.5 solves this problem with a verb to disable user input from
an ADB mouse, keyboard or both. An icon flashes in the upper left
corner to provide feedback to the user. For safety, command-period
will abort a script, though the script writer can disable this
feature.

The new ‘disable user input’ feature is great! There’s no longer any
chance for users to inadvertantly interfere with the handling of dialog
boxes which may appear in the course of a script being played out.

Since the first pre-release version back in 1993, Player features
have been driven by user requests. The 1.5 release is no exception.
Player now includes a verb to move the mouse & leave it there, a way
to change the location from which Player chooses menu items (for
compatibility with other software that uses a specific location on
the menubar), and a new parameter to optionally disable the extra
click that is only required for certain pop-up menus.

I think it’s a great addition to the Mac/AppleScript environment.

Player 1.5 also works around internal changes to MacOS 8.5,
continuing to provide query and control of dialog items by name and
ID plus typing keystrokes and text, powerful drag commands, a verb to
quickly set multiple checkboxes in one command and much more.

With PreFab’s Player 1.5 upgrade and a PPC native Applescript, MacOS 8.5
is now an incredibly powerful platform for publishing automation. Player
makes it possible to automate many tasks that otherwise would have to be
done by hand.

This release also fixes a few problems with earlier versions: pop-up
menus no longer “stick” on MacOS 8 and later, multiple modifier keys
now work in QuarkXPress and elsewhere, menu selection no longer has
problems on certain newer systems and “click to log” works in
Frontier 5. For customers who are sticking with MacOS 8.1 or earlier,
we’ve made these fixes available on our web site in a free Player 1.2
update.

I use Player with AppleScript to automate as many tasks as possible;
workflow, some networking and some system admin functions. Player is one
great product! 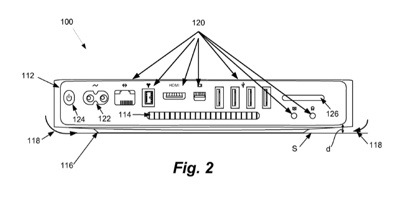